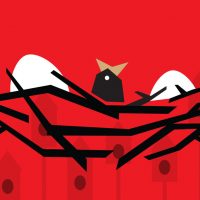 Red Siskins Around the World

Locations visited include Taronga zoo, Priam Parrot Breeding Center, Australia National University and home aviaries of Michael Fidler, Save the Gouldian Fund, Sam Davis, President of the Finch Society of Australia and other Red Siskin breeders. Warren  Lynch also participated in round table discussions with the Canberra and Hawkesbury Finch Clubs and together with Sam Davis, John Martin and Daniel Gowland, met with John Berry, the current United States Ambassador to Australia and a former director of the Smithsonian National Zoo. These trips were generously sponsored by the Scion Foundation and the Finch Society of Australia. 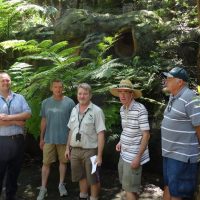 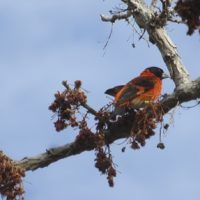 Many thanks to Mike and Sam for hosting Will Ruhl and Warren Lynch and arranging tours and tutorials!

Puerto Rico – Jack Eitniear, Director of Center for Study of Tropical Birds, will lead the first of a series of 2016 trips to systematically search for Siskins in Puerto Rico.

Guyana – EPA-GY is reviewing an application to collect Red Siskin blood samples from across the range to study local structure and diversity, starting in late April.

Barquisimeto Venezuela – Global Embassy of Activists for Peace, Parque Zoologicoy Botanico Bararida and the National Guard organized a World Wildlife Day parade in Barquisimeto, Venezuela on March 3rd culminating in an event at the zoo, focused on Red Siskin conservation.

Neotropical Birding Magazine – Issue (18) will feature the Red Siskin and RSI as part of the Globally Threatened Bird series.

Finch Society of Australia – Red Siskins are the cover story of the next Finch Breeders Review Vol 59 (2). Many thanks to Michael Fidler and Sam Davis for graciously hosting RSI visitors and providing excellent instruction. The RSI welcomes our new Australian partners and is looking forward to ongoing research collaborations in genetics, captive breeding and more.

SCBI Captive Colony-The SCB! colony is now up to full strength with 12 birds! Research planning is underway and we anticipate a summer intern to assist with data collection and management.

Red Siskin Genome – de novo assembly of a Red Siskin reference genome has been completed with impressive results! This important work was led by Paul Frandsen, Biodiversity Research Data Scientist at the Smithsonian, and Aleksey Zimin,  Assistant Research Scientist at the University of Maryland, College Park. Next steps include genome annotabon, identifying variable markers and comparing to genomes of other species that may have hybridized frequently with Red Siskin. Ancient DNA ~ Brian Coyle, RSI coordinator and post doc at Smithsonian, is recovering DNA from museum specimens for sequencing to examine genebc diversity and structure and to.asses if any Siskin populations were native to the Caribbean.

VZP- Marshall Jones, Senior Conservation Advisor at SCBI, highlighted the RSI in a training; presentation given to volunteer staff at NZP.

AZA ~ Paut Marinari, Senior Curator of Animal Operations at SCBI, presented an update on the RSI to the Association of Zoos and Aquariums at . the mid-year meeting at Henry Doorly Zoo,
Omaha, Nebraska in March

NAOC ~ Brian Coyle, RSI coordinator at 51, gave a talk about the project at the reception of the Sustainability Consortium conference at the National Museum of Natural History in late April I and at the North American Ornithological; Conference in August 2016.

Bird Friendly Shade Coffee Initiative
The RSI is developing a project that would preserve and improve agroforestry habitat for migratory and resident wildlife, including the Red Siskin, by facilitating a new market opportunity to restore profitability to a 200 hectare cluster of historic shade coffee farms under threat of deforestation. This area presents a potential site for Red Siskin reintroduction and forms part of an important wildlife corridor between national parks in NW Venezuela.

Smithsonian James Bond Fund – $70,000 for project coordination, field and molecular research to study the origin and persistence of Red Siskins in Puerto Rico.

SCION foundation – $3000 for travel to Australia.

Mohammed bin Zayed Foundation to continue banding and tracking Red Siskins to study seasonal movement patterns for The South Rupununi Conservation Society. Additionally, the SRCS will be collecting blood samples for molecular analysis that will be performed by researchers at the Smithsonian National Museum of Natural History. These complementary projects will lead to a better understanding of Red Siskin ecology and genetics, both essential for evaluating conservation needs.